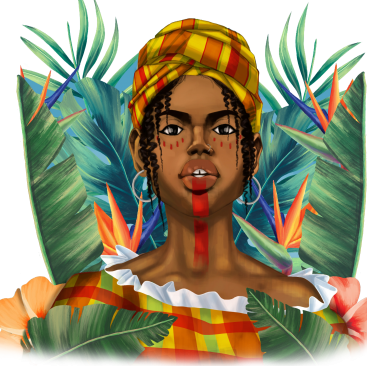 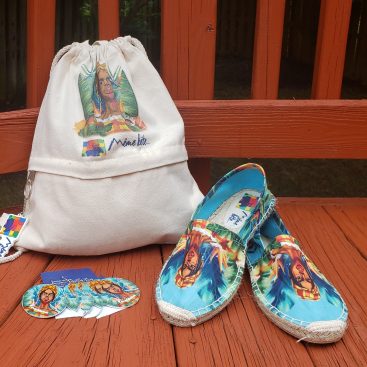 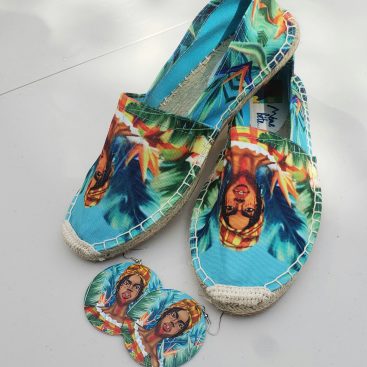 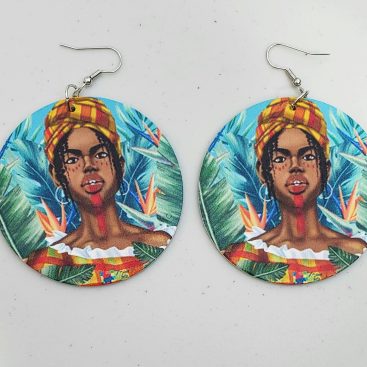 Today in Black History we’re finally able to debut our new Espadrilles. The original artwork, although you may have seen it on previous styles has been rebranded. It is now the Flor de Gaillard Collection.

It has always been my goal to tell my story as a St. Lucian through fashion. I commissioned this original piece of artwork from a St. Lucian artist and specifically requested a strong creole woman. While I was happy with the outcome finding a name for her proved difficult.

But in digging through our history I stumbled upon a little known Black History about heroine Flore Bois Gaillard. Flore Bois Gaillard was an enslaved mulatto in St. Lucia. In 1773, after several rapes and harsh treatment, she managed to escape the plantation and fled to the woods where she met and lived with the Maroons. She eventually became the leader of a rebel group consisting of Maroons and enslaved Africans which later became known as the Brigand.

In 1795, they went to Soufriere to attack the slave owners. They were successful in capturing several British slave owners, burning down plantations, and freeing several enslaved Africans. Flore then captured her former slave owner and burned down his plantation as well.

With the support of French politician Victor Hughes, Gaillard and her army defeated the British, making the Brits leave the island completely. The French abolished slavery and the Africans had one year of liberation, known as l’Année de la Liberté.

It is with great pride that I dedicate this collection to this amazing heroine. Although she is not well known my aim is that you take this snippet of Black History with you and wear these new Espadrilles with pride, thus spreading her story far and wide.

Check out out little video ad displaying the gorgeousness that is out new Espadrilles!